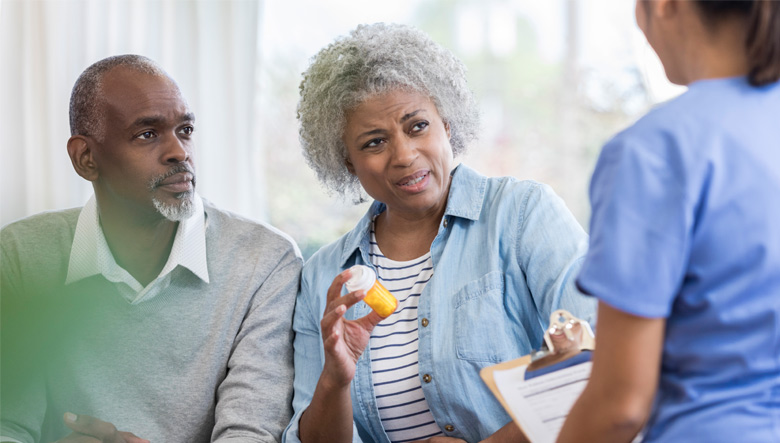 This article was originally published by Bowel Cancer UK on 11 April 2018 and can be accessed here.

A quarter of people only named one of the five most common bowel cancer symptoms and more than 1 in 3 people (35%) were not aware of any symptoms at all, according to a poll of 4,000 UK adults commissioned by the charity.

The poll also revealed that men are less likely than women to recognise any bowel cancer symptoms – nearly half of UK men are unable to spot any signs of the UK’s second biggest cancer killer.

The most recognisable bowel cancer symptom is spotting blood when you go for a poo (either from your bottom or in your poo). The other four remaining symptoms of bowel cancer have an alarmingly low rate of awareness:

Deborah Alsina MBE, Chief Executive of Bowel Cancer UK and Beating Bowel Cancer, says: “Every day I hear from families about the devastating effects of a bowel cancer diagnosis. Our vision is that by 2050 no one will die from bowel cancer, and raising awareness of the symptoms is a key step to achieving this.

“If you experience any of the symptoms of bowel cancer or just don’t feel quite right, no matter your age, please visit your GP. Don’t worry about wasting their time. If you are worried that something is wrong, they will want to see you. Your GP may be able to put your mind at rest. If it is something serious, the earlier you get a diagnosis, the better the chance of successful treatment and cure.”