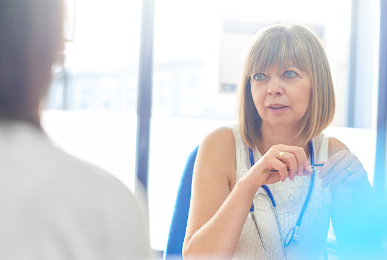 A study in the Sept. 19 2018 New England Journal of Medicine finds that colonoscopy has advantages over sigmoidoscopy and appears to reduce the risk of developing or dying from colorectal cancer more powerfully than does sigmoidoscopy, a similar procedure that examines only a portion of the colon.  The investigation, which analyses data from two long-term studies, also identifies molecular features that may help explain tumours that are diagnosed despite an individual’s having recently undergone colonoscopy.

Both colonoscopy and sigmoidoscopy allow examination of the internal surface of the colon through a fiberoptic tube with a light and camera at the end, but while colonoscopy visualizes the entire colon, sigmoidoscopy only reaches the lower third on the left side of the body.  Current recommendations for colorectal screening in average-risk individuals over age 50 are either a sigmoidoscopy every 5 years – followed by colonoscopy if abnormalities are detected – or a colonoscopy every 10 years.

While randomized, controlled clinical trials have confirmed that sigmoidoscopy reduces the incidence of and death from colorectal cancer, similar trials have not yet been done for colonoscopy, and some prior studies have suggested that colonoscopy did not have significant advantages over sigmoidoscopy.  However, the more comprehensive colonoscopy is widely recommended for colorectal screening based on its ability to visualize the whole colon.  The current study was designed to compare the effectiveness of both procedures in reducing the long-term risk of colorectal cancers in different segments of the colon and to examine molecular features of tumours developing soon after a negative examination.

From 1988 to 2008, the participants reported whether they had either sigmoidoscopy or colonoscopy in the two preceding years and, if they had, whether the examinations were for screening purposes or because of symptoms like bleeding.  For participants who developed cancer or who reported having colon polyps removed, the researchers obtained consent to review their medical records and pathology reports.

Over the 22 years for which data was analysed, 1,815 cases of colorectal cancer and 474 related deaths were documented in the 88,902 study participants.  While a negative result – meaning that neither cancer nor polyps were diagnosed – in either examination or having polyps that were removed was associated with a reduced risk of developing left-side colon cancer, only a negative colonoscopy was associated with significant risk reduction in the entire colon.

Having a single negative colonoscopy significantly reduced the incidence of any colorectal cancer for up to 15 subsequent years, supporting the current recommendations for a 10-year interval between exams.  Among participants who had polyps removed, the incidence of subsequent tumours was reduced for up to 5 years, except for those whose polyps had features indicating elevated risk, in whom the risk reduction was not as strong.

Among the participants who did develop colorectal cancer, molecular data was available on 62 tumours that had been diagnosed within 5 years after colonoscopy.  The researchers identified specific cancer-related features more likely to be seen in those tumours than in cancers diagnosed after more time had passed.

Andrew Chan, MD, MPH, of the Massachusetts General Hospital (MGH) Gastrointestinal Unit, corresponding and co-senior author of the report, says “This study provides some of the clearest evidence to date that colonoscopy has advantages over sigmoidoscopy for the prevention of colorectal cancer, although it is not a perfect test,”

“Our findings support current recommendations for colorectal cancer screening with either of these procedures and provide a rationale for some individuals to consider colonoscopy as a preferred test for their individual situation.”

Chan explains “It is widely believed that tumors with those features develop from a specific type of polyp called a sessile serrated adenoma, which may be particularly difficult to detect endoscopically or to remove completely,”

“Focused efforts to improve detection and removal of these polyps are a high priority.

“For individual patients, the decision to select colonoscopy over sigmoidoscopy for colorectal cancer screening requires discussing with their physicians how the advantages and disadvantages of each test apply to their personal situations”

“Right now our data supports the use of colonoscopy if the primary goal is maximum risk reduction for both left- and right-side colorectal cancers.  Future study should focus on ways of further improving colonoscopy quality, as well as better understanding why some tumours arise within a short time after a negative examination.”

Chan is an associate professor of Medicine at Harvard Medical School.