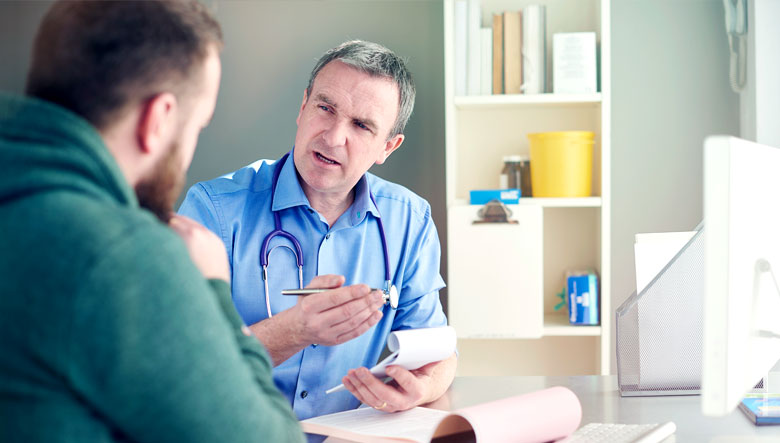 A platform to help find new treatments for Crohn’s Disease and Ulcerative Colitis has smashed researchers’ recruitment target, two years ahead of schedule.

The National Institute for Health Research (NIHR) Inflammatory Bowel Disease (IBD) BioResource gives people who have been diagnosed with Crohn’s Disease and Ulcerative Colitis a chance to be a part of a national programme to support research into these diseases.

The aim is to provide investigators researching IBD immediate access to people and speed up their research to create new treatments.

Founded in 2016 by the UK IBD Genetics Consortium and the NIHR BioResource for Translational Research, the NIHR IBD BioResource began to create a national resource of well characterised individuals who are affected by the disease, with hospitals helping to recruit patients.

The aim was to have 25,000 patients signed up to the NIHR IBD BioResource at sites across the country within the first five years.

Dr Miles Parkes, a consultant gastroenterologist at Cambridge University Hospitals and lead for NIHR IBD BioResource, said: “Getting to the 25,000 initial recruitment mark is a fantastic tour de force. The NIHR IBD BioResource is a nationwide effort, recruiting people who have Crohn’s Disease or Ulcerative Colitis specifically so that they can help researchers to better understand the causes of IBD and develop better treatments.”

In the UK, at least 300,000 people are affected by Crohn’s disease or Ulcerative Colitis, with growing evidence that the number could be almost double that. Despite major advances in characterising the genetic and some of the environmental factors that predispose, much work remains to be done to fully understand IBD and develop better treatments.

Having this large cohort of people will give researchers a wealth of knowledge from the recent genetics advances and access to a range of people who have different variations of the disease.

Dr Parkes explained: “People who sign up to the NIHR IBD BioResource provide a small blood sample and complete a short health and lifestyle questionnaire. They will be contacted regarding future research projects for which they meet inclusion criteria and given further information.

“They then decide study-by-study if they would like to participate or not. The studies could range from completing an online survey, to providing a fresh blood sample or even participating in a trial of a new treatment. Our ongoing large-scale recruitment of patients will allow us to fulfill our mission – to facilitate outstanding IBD research in the UK.”

Helen Terry, Director of Research at Crohn’s & Colitis UK, said: “The NIHR IBD BioResource reaching its target of 25,000 people is an impressive achievement, particularly with this happening two years ahead of schedule. We are delighted to support this crucial tool for helping us understand Crohn’s and Colitis better, with the optimism that this will lead to better treatments and ultimately a cure. With 25,000 people involved, the NIHR IBD BioResource is an established resource that can be used by any researcher and we hope that its rich data makes it possible to improve the lives of people living with Crohn’s and Colitis.”

The NIHR IBD BioResource now hopes to increase their recruitment target to 50,000 participants over the next five years. They want to be able to increase the number of recruitment sites and researchers using this important resource for their work in Crohn’s Disease, Ulcerative Colitis and non-IBD studies.

Dr Parkes added: “Since its launch we have been delighted by the continued level of enthusiasm shown by recruitment sites and patients alike, and particularly by the scale of interest from scientific community to use the NIHR IBD BioResource. We are in discussion with the life-sciences industry and we would encourage all potential industry partners to contact us.

“We are grateful for the continued support of our funding partners, clinicians and patients, without whom the success of the NIHR IBD BioResource would not be possible. I am very grateful to all who have helped to make this possible.”

For more information on the NIHR IBD BioResource a website is available and explains how people with Crohn’s Disease or Ulcerative Colitis can sign up, and how clinicians and investigators can get involved and access the IBD BioResource. www.ibdbioresource.nihr.ac.uk