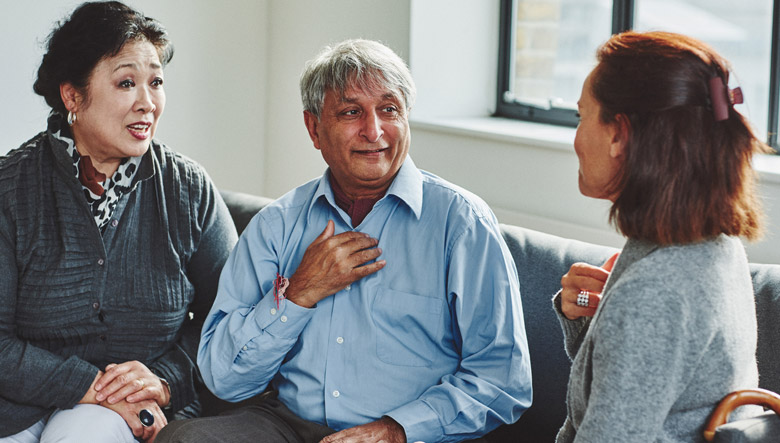 Is it IBS or undiagnosed coeliac disease?

In advance of Coeliac UK Awareness Week in May, Coeliac UK is asking the public whether their symptoms are IBS or undiagnosed coeliac disease.

With a YouGov survey finding that only 3% of British adults are aware that the symptoms of IBS (irritable bowel syndrome) are also common symptoms of coeliac disease, Coeliac UK, is calling on greater awareness of the similarity of symptoms and urges anyone with IBS to ask their GP for a coeliac disease blood test, if they have not already had one.

As many as 1 in 4 people with coeliac disease were previously misdiagnosed with IBS as many of the symptoms for IBS such as bloating, stomach pains or cramps, diarrhoea or constipation and feeling exhausted are the same as the symptoms of coeliac disease.

Coeliac disease is not an allergy or an intolerance but an autoimmune disease where the body’s immune system damages the lining of the small bowel when gluten, a protein (found in wheat, barley and rye) is eaten. There is no cure and no medication; the only treatment is a strict gluten free diet for life.

The average time it takes for someone to get a diagnosis is 13 years from the onset of symptoms; by which time, they may already be suffering with added complications caused by the disease. If left untreated, coeliac disease can lead to a number of serious complications, including: anaemia, osteoporosis, unexplained infertility, neurological conditions such as gluten ataxia and neuropathy, and although rare, there is an increased risk of small bowel cancer and intestinal lymphoma.

Norma McGough, Coeliac UK’s Director of Policy, Research and Campaigns said: “It is essential that awareness of the similarity of the symptoms increases and that GPs adhere to the NICE (National Institute for Health and Care Excellence) guideline which states that anyone with IBS symptoms should be tested for coeliac disease before a diagnosis of IBS is made.

“The first step to diagnosing coeliac disease is a simple, inexpensive blood test done in primary care, but thousands of people are not getting the necessary testing and are being left undiagnosed, including those with IBS symptoms. This not only causes years of unnecessary suffering but also wasted costs to the NHS with repeated appointments and investigations.

We urge anyone who has symptoms such as ongoing bloating, diarrhoea or constipation and has been given a diagnosis of IBS but not been tested for coeliac disease to ask their GP to test them for coeliac disease. However, it is essential to keep eating gluten until all tests are completed as otherwise these tests may give a false negative result,” continued Ms McGough.

Coeliac UK’s online assessment www.coeliac.org.uk/isitcoeliacdisease, based on the NICE guideline NG20, gives people greater confidence to seek further medical advice from their GP. Upon completion of the assessment, the respondent will receive an email with their results, which will indicate whether their symptoms are potentially linked to coeliac disease.