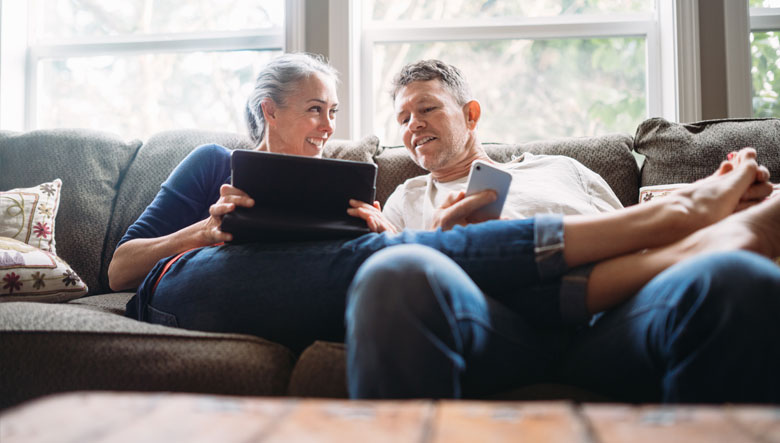 A new, easier to use bowel cancer test has led to a significant rise in screening rates in Scotland, figures have shown.

For the first time uptake has risen above 60%, with the greatest rise among people living in deprived areas. Scotland has one of the highest rates of the disease in the western world, resulting in about 1,600 deaths a year. It was the first country in the UK to roll out the screening programme for all adults aged 50 to 74. Bowel cancer is the third most common cancer in Scotland, with approximately 3,700 new cases diagnosed in 2017, and is the second biggest cancer killer.

The Scottish screening programme was rolled out in 2007 and over the last 10 years, the incidence of the disease and deaths have fallen in both men and women.

The new test, called FIT – faecal immunochemical test – was introduced in 2017 and uptake has risen from 55.4% to 63.9%, the first time national uptake has been higher than the standard of 60%.

The figures also show that the number of men being tested for bowel cancer is at its highest ever level in Scotland.  Statistics for the first full year of use for the new home bowel cancer test show 61.6% of men returned the test between November 2017 to October 2018 – compared to 52.3% using the old test in the same period the year before.

Importantly, there has also been an increase in testing by those in the most deprived areas – up from 41.7% to 51.7%. Uptake amongst those who had never participated before has also increased significantly from 7.8% to 18.9%.

Claire Donaghy, Head of Scotland for Bowel Cancer UK, says: “It’s positive to hear that the introduction of the Faecal Immunochemical Test (FIT) has increased uptake by nearly 10% in Scotland – this is very encouraging. It is especially good news that the uptake gap between socio-economic groups has narrowed as we know that people living in deprived areas are less likely to take part in this test.

“As FIT is a more sensitive test than the previous one and has the ability to detect the tiniest amount of blood in poo, therefore it is more likely to increase the chances of having a false positive. We have now seen a significant number of people referred for further tests, which has put more demand on an already overstretched endoscopy service. What we need now is for the Scottish Government to implement their plan of action to tackle the endoscopy crisis. Until then, patients will continue to wait too long for tests that can diagnose bowel cancer.”