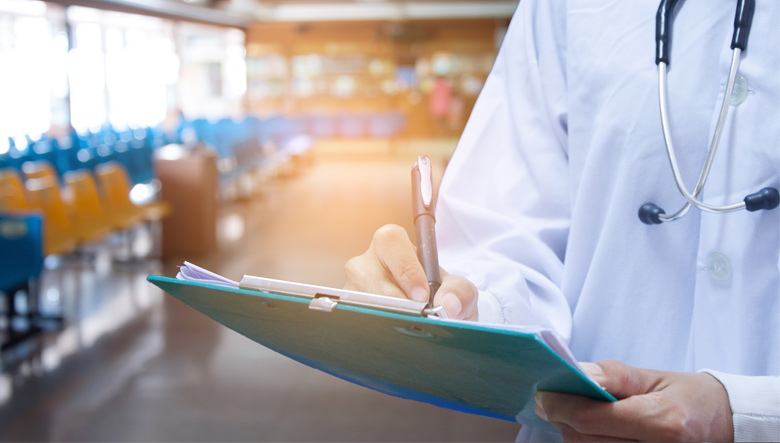 New study into link between IBD and colorectal cancers

In a new study, researchers have compared diseased colon tissue with healthy tissue to better understand how IBD is linked to an increased risk of colorectal cancers, at a molecular level.

Researchers from the Wellcome Sanger Institute and Cambridge University Hospitals found that the rate of DNA change within colon cells affected by inflammatory bowel disease (IBD) was more than double that in healthy colon cells, increasing the likelihood of these cells gaining DNA changes that could lead to cancer.

The study, published in Cell, also found that chronic inflammation associated with IBD disrupts the tissue structure of the colon, allowing cells to expand over an abnormally wide area. The results provide valuable insights into evolution within the body, and the development of IBD and colorectal cancers.

IBD primarily refers to ulcerative colitis and Crohn’s disease, chronic illnesses characterised by inflammation of the digestive system that can be highly disruptive to a patient’s quality of life. Between 1990 and 2017, the number of IBD cases worldwide rose from 3.7 million to 6.8 million. The causes of the disease remain unknown, though it is thought that inflammation occurs as a result of an inappropriate immune response to gut microbes.

People suffering from IBD are at an increased risk of developing gastrointestinal cancers compared to the general population. Patients will undergo regular surveillance for this and may, in some cases, opt to undergo surgery to remove their entire colon in order to mitigate this risk.

In this new study, clinicians at Addenbrooke’s Hospital, Cambridge provided colon tissue samples donated by 46 IBD patients, along with anonymised information about their medical history and treatment. Researchers at the Wellcome Sanger Institute then used laser-capture microdissection to cut out 446 individual crypts, the tiny cavities that make up colon tissue, so they could be whole-genome sequenced.

These sequences were analysed to discover the mutation rate in the tissue, the genetic relationship between crypts and any genes that were more mutated than normal. They were then compared to sequences from 412 crypts from 41 individuals without IBD, so that the effects of chronic inflammation on the DNA sequence could be observed.

The team found that there were more than twice as many DNA changes in the diseased tissue than in normal, and the longer the duration of the disease, the greater this excess.

The study also uncovered evidence of an evolutionary process whereby mutations in particular genes are under positive selection. Some of these positively-selected mutations were enriched in genes associated with colorectal cancers, shedding light on the link between IBD and certain cancers. The researchers also detected evidence of positive selection of mutations in genes associated with immune system regulation in the gut and the ability of the cells to fend off the bacteria resident in the colon.

Sigurgeir Olafsson, first author of the study from the Wellcome Sanger Institute, said: “How our bodies continue to evolve during our lifetime is a fundamental part of our biology. It has been fascinating to study the effect of a chronic disease on this process and uncover evidence that changes in the genetic sequence of gut cells could have a direct role in the onset of inflammatory bowel disease.”

Dr Tim Raine, Clinical Lead for the inflammatory bowel disease (IBD) service at Addenbrooke’s Hospital, Cambridge and Honorary Faculty Member at the Wellcome Sanger Institute, said: “Colorectal cancer is one of the main clinical concerns when treating patients with IBD. In this study, we found that normal mutational processes that are operative in us all are accelerated in the IBD affected gut, leading to a more than two-fold increase in the rate at which some gut cells acquire mutations, and this underpins the increased cancer risk in IBD.”

Dr Peter Campbell, an author on the study from the Wellcome Sanger Institute, said: “The role of somatic mutations in cancer susceptibility has long been appreciated. It is exciting to see the methods that we and others have used to understand cancers now being applied to other common diseases. These approaches have given us unique insights into the effects of inflammatory bowel disease on the DNA sequence of the inflamed tissue.”

A previously unexplained observation in IBD is that repeated flares of inflammation tend to affect the same patch of tissue, suggesting some permanent alterations to the colon. These findings highlight genetic mutations as a possible explanation, with some positively-selected mutations in immune regulation genes occurring in the same regions of the bowel affected by chronic inflammation.

Dr Carl Anderson, lead author of the study from the Wellcome Sanger Institute, said: “We know that DNA changes contribute to the development of cancer, but their role in common non-cancerous diseases like inflammatory bowel disease (IBD) has not been extensively studied. Our study revealed that somatic changes in the DNA sequence of the cells that line our gut may contribute to the development of IBD. I strongly believe that studying somatic mutations in all common diseases, not just IBD and cancers, has the potential to provide novel insights into disease biology and highlight potential drug targets.”