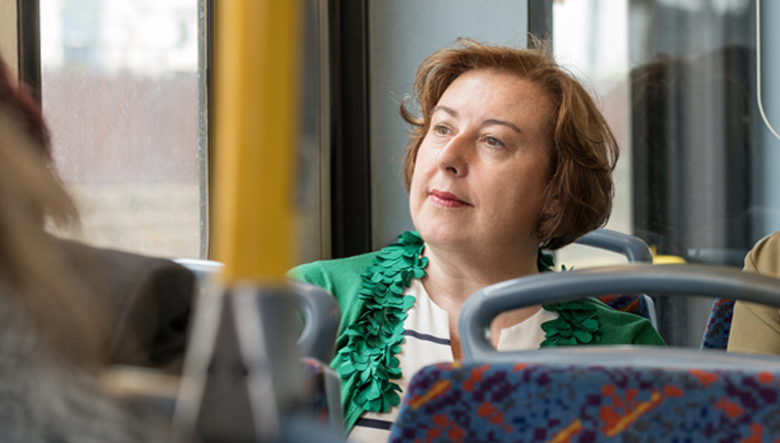 Patient Story: Tara, who was born with Spina Bifida

Tara, 51, was born with Spina Bifida.

Her spinal cord was fused to her spinal bones. Surgery was performed when Tara was 18 months old, but the nerves to her bladder and bowel were damaged. This left her doubly incontinent. Tara lives on her own in Central London and goes to work every day.

“When I was young, I had no control over the bowels. You get the pulsating that moves the faeces throughout, but I’d have accidents. As a child taking lots of medications and the laxatives, I hated it. I stopped the laxatives because there were too many accidents. I’d rather be constipated and strained than have accidents at school or at home. I just couldn’t deal with it.

The accidents were less as a young woman because I was heavily constipated. After the ileosis deplasty I would get bouts of diarrhoea. So I’d go Monday to Friday and eat, and I’d be constipated. Perhaps day seven or ten, where I’d eaten so much, it just pushed everything out so I’d end up with diarrhoea.

It got so bad whatever I ate, I just had chronic diarrhoea. I went to my gastroenterologist because I was having accidents two or three times a week. I was still going to work and hiding it very well, but it was becoming intolerable.”

Tara has been using a transanal irrigation system for the past decade. Before Tara started using the system she suffered from frequent panic attacks.

“It’s the panic of, is it going to happen? If it happens, where do I go? Have I got a spare set of clothes? The panic attacks would be more frequent, and the, “Why would anybody want to spend their life with me? What have I got to offer anybody?”

Having struggled in the first few months to achieve a good evacuation with the transanal irrigation system, Tara made small tweaks to her routine, which makes the treatment more successful

“Yeah, it was a bit like, “Wow, I’m going to the toilet just like everybody else,” and I did it when I wanted to. It didn’t dictate, “You have to go to the toilet now.”

A couple of months down the road, it was like, “Wow, this is life-changing. It enables me to hold down my job, and socialise and meet with friends and family, whereas I probably would have restricted my life dramatically. It’s given me quality of life and I think I deserve that.